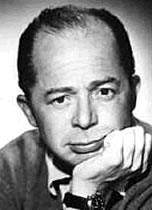 "An audience is never wrong. An individual member of it may be an imbecile, but a thousand imbeciles together in the dark—that is critical genius."

Born Samuel Wilder in Sucha Beskidzka, Austria-Hungary (now Poland), Billy Wilder was given the nickname Billie by his mother, enamoured with the Buffalo Bill Wild West travelling show she had seen as a teenager.

After an early career as a journalist in Vienna and then Berlin, Wilder entered the burgeoning Weimar film industry in 1929, first ghost-writing screenplays, then credited as screenwriter on 14 films. After the rise of Hitler and the Third Reich, Wilder, a Jew, emigrated first to France, where he helped Alexandre Esway to direct Mauvaise Graine (1933) before continuing on to Hollywood.

Wilder hurriedly taught himself English; he co-wrote his first American screenplay for fellow Germanic émigré Ernst Lubitsch’s Greta Garbo vehicle, Ninotchka (1939), for which he received the first of 12 Oscar® nominations for screenwriting. Rarely writing without a partner—in this case Charles Beckett—the pair received nominations for The Golden Door and Howard Hawks’ Ball of Fire (both 1941), before Wilder was offered his first directorial gig, on 1942’s The Major and the Minor. Its success guaranteed Wilder could continue directing, but it was the seminal 1944 film noir Double Indemnity which first solidified Wilder’s reputation in Hollywood, as well as defining many of the conventions of the genre—such as chiascuro lighting techniques heavily influenced by German Expressionist cinema, and voice-over narration.

Bringing a number of previously taboo subjects to the screen—adultery in Double Indemnity, alcoholism in 1945’s The Lost Weekend (for which he won Oscars® for Best Screenplay and Best Direction) and transvestitism in Some Like it Hot (1959)—Wilder excelled at both darker noir dramas and cynical, satiric comedies. He won his second Best Screenplay Oscar® for the internecine peek-behind-the-curtains of Sunset Boulevard (1950), his last collaboration with Beckett, before concentrating on comedies such as Sabrina (1954) and The Seven Year Itch (1955).

From 1957, Wilder paired with I. A. L. Diamond as co-writer, the two working together on every project from Love in the Afternoon (1957) until their retirement, with the exception of Witness for the Prosecution (1957). Their hits together include Some Like it Hot, the triple Oscar®-winner The Apartment (1960), and The Fortune Cookie (1966).

Wilder was the subject of a retrospective at Cannes in 2001. He died a year later in California, at the age of 95. 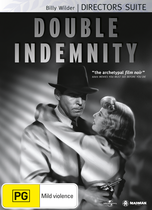