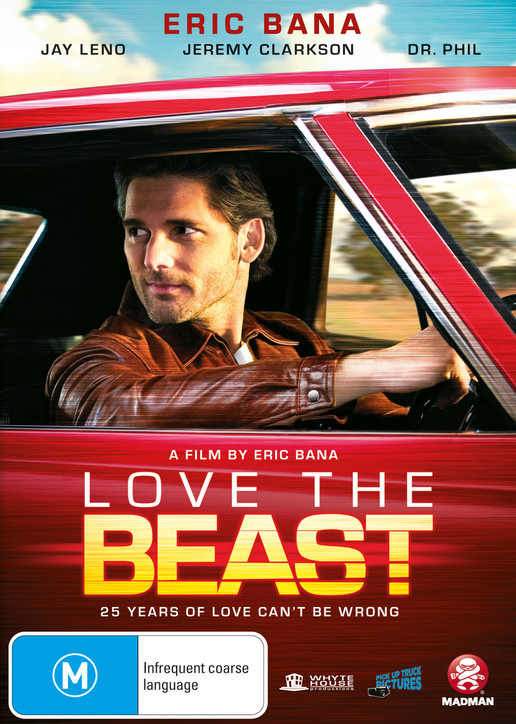 9/10 "This extremely (and unexpectedly) well-directed documentary by Bana treads an amazingly clever path between nostalgia, action and humour to deliver 92 immensely entertaining minutes... Bana's film company produced ROMULUS, MY FATHER and it also produces this truthful and life affirming documentary. It's a terrific filmmaking debut."

25 Years of Love Can't Be Wrong

What if you were a Hollywood movie star with an obsession for cars and racing? You would probably read every script with even the tiniest link to the subject matter, in the hope that you could tell a great car story of the likes of 'Grand Prix', 'Le Mans' or 'Mad Max'. Then one day you happen to open your garage door and sitting there, right in front of you, was the film you had been searching for. This is what happened to Eric Bana and this time around, the co-star is his very own Ford GT Falcon Coupe - THE BEAST. Eric realised the story was in fact, about him, his first car, a lifetime of ownership and a lifetime of friendship. He set about documenting his own 25 year-long love story. A simple tale of one man's ongoing relationship with his very first car.