Let George Do it!

The George Formby comedy continues with this classic!

Armed as always with his ukelele and his gormless grin, superstar George Formby takes on espionage in this classic comedy - the first film from the famed Ealing Studios to tackle the war!

Shortly after the start of Waorld War II, the ukelele-playing George takes the wrong boat and disembarks in the yet-uninvaded Norway. Mistaken for a colleague at MI6 by the beautiful Mary, Gormless George finds himself at the center of a cunning plan to help British intelligence defeat the Nazis!

Another terrific performance by the wonderfully rubber-faced George Formby in this rare comedy classic! 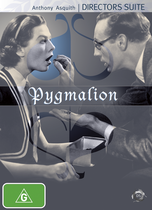