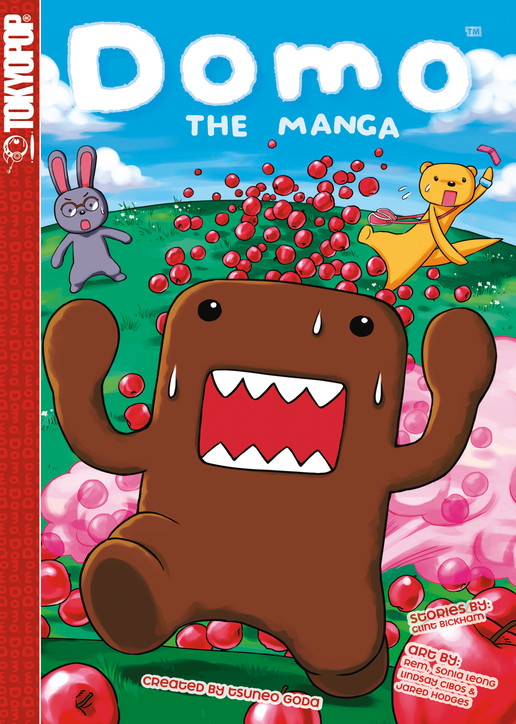 International celebrity Domo makes his English language manga debut in this full-color collection of stories. First popularized in Japan as the mascot for the national television station, Domo has won the hearts of people the world over with his hilarious and unpredictable antics. In these stories, Domo wreaks havoc on his friend Tashanna's Wii, wins a box car race by being the car, and decides to be whatever he sees on TV, including Tarzan, a samurai, and finally, a chef! Includes a gorgeous cover art from REM (Vampire Kisses).