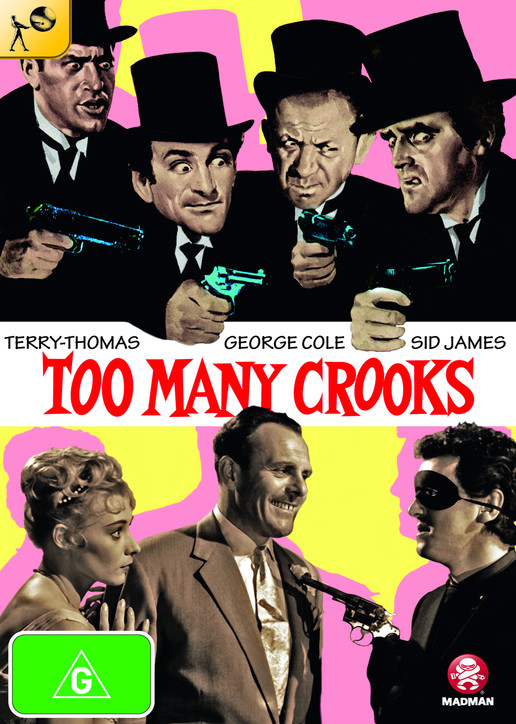 "With a bevy of popular English comedy actors, one can just imagine the audience of shopgirls, clerks and factory workers laughing themselves silly at this knockabout comedy."

The gang that could never cut anyone’s throat!

Fingers and his gang of criminals have the reputation for being the most dim-witted crooks London has ever seen. Although depressed by yet another failure and the fact Fingers is a ruthlessly inefficient leader, he hatches a new plan: to rob a loose-living millionaire of his tax-dodging hoard of banknotes. But when the incompetent gang meet one failure after another, they decide to switch the object of their theft and kidnap the tycoon's beloved daughter instead and whilst the idea sounds a brilliant switch, it’s execution will yield them disasters of a great magnitude.

British comedy legend Terry-Thomas (HOW TO MURDER YOUR WIFE) is joined by George Cole (MINDER) in one of his funniest screen roles, Sid James (CARRY ON…, HANCOCK’S HALF HOUR), Bernard Bresslaw (CARRY ON…) and John Le Mesurier (DAD’S ARMY) in celebrated director Mario Zampi’s (THE LAVENDAR HILL MOB) tale of riotous robbery and a comedy of errors which proves crime never pays!