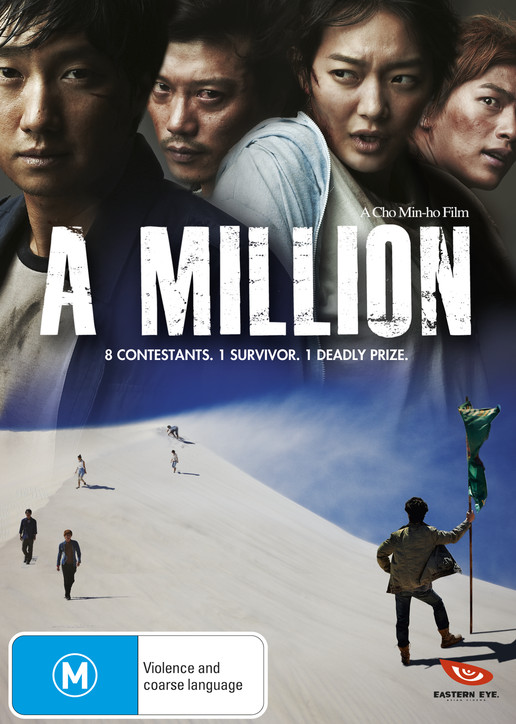 “A MILLION makes determined use of the reality TV show format, right from its lively introduction... the film also wins extra points for its general ruthlessness and mournful final note."

8 CONTESTANTS. ONE PRIZE. ONE WINNER.
Survive 7 days in the Australian Outback in a deadly reality game show.

Eight contestants compete for $1 million US dollars in a survival reality TV show in Australia. The challengers must spend seven days in the Australian outback. On the second day, when one contestant is found dead, the other contestants suddenly find themselves in a deadly game where losing means facing a real elimination. The choice becomes clear: will they fight each other to win or turn on the game show itself?