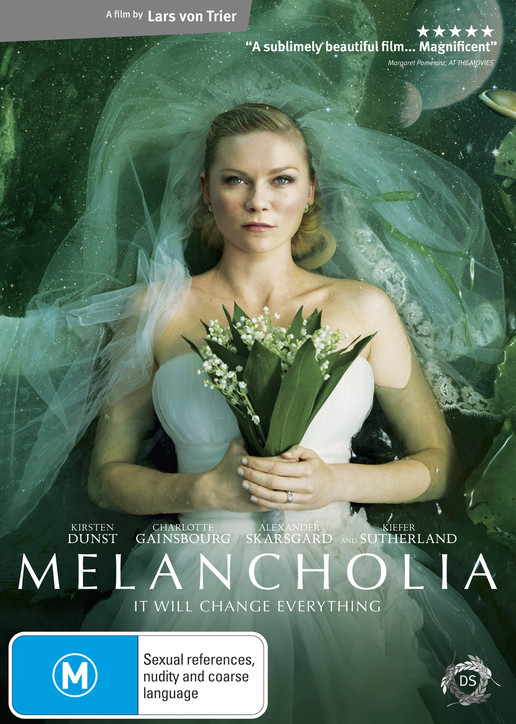 It Will Change Everything

From acclaimed director Lars von Trier comes the most stunning and compelling film of the year. Winner of the European Film Award for Best Film and the Cannes Film Festival Award for Best Actress (Kirsten Dunst), MELANCHOLIA is a beautiful film about the end of the world.

Justine (Kirsten Dunst, SPIDER-MAN) and Michael (TRUE BLOOD's Alexander Skarsgård) are celebrating their marriage at a sumptuous party in the home of her sister Claire (Charlotte Gainsbourg, ANTICHRIST), and brother-in-law John (Kiefer Sutherland, 24). Despite Claire’s best efforts, the wedding is a fiasco, with family tensions mounting and relationships fraying. And as Claire tries to maintain the party's celebratory spirit, Justine struggles against her own dark demons. Meanwhile, a planet called Melancholia is heading directly towards Earth…