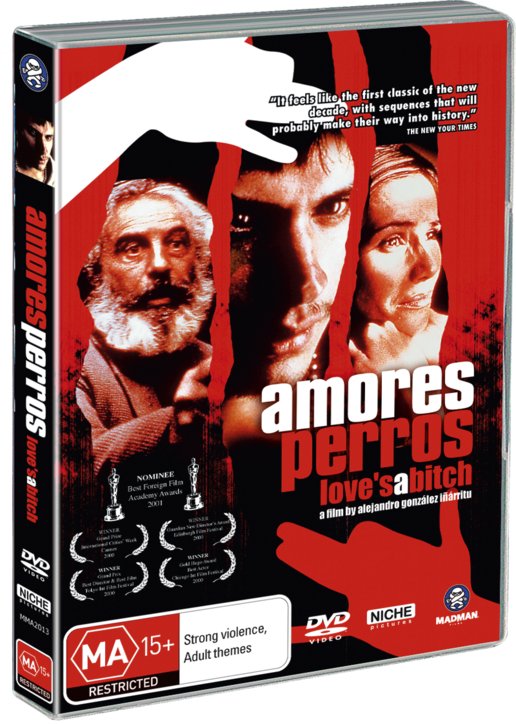 Contains violence, sex scenes and content that may disturb

Three stories: Octavio is a young aimless loser who lives in a barrio and has an obsessive crush on his sister-in-law, Susana, who is married to Ramiro, an abusive hoodlum. Meanwhile, Daniel, a succesful editor, has ditched his wife and children to live in a dream apartment with Valeria, a shallow and neurotic supermodel. On the other hand, El Chivo, a bitter ex con turned hitman, haunts the life of a pretty young girl with whom he has a secret relationship and gets a commission to kill a wealthy and philandering businessman. These lives and the fates of two dogs get inextricably entangled in the heart of ever-changing, ever violent Mexico City.