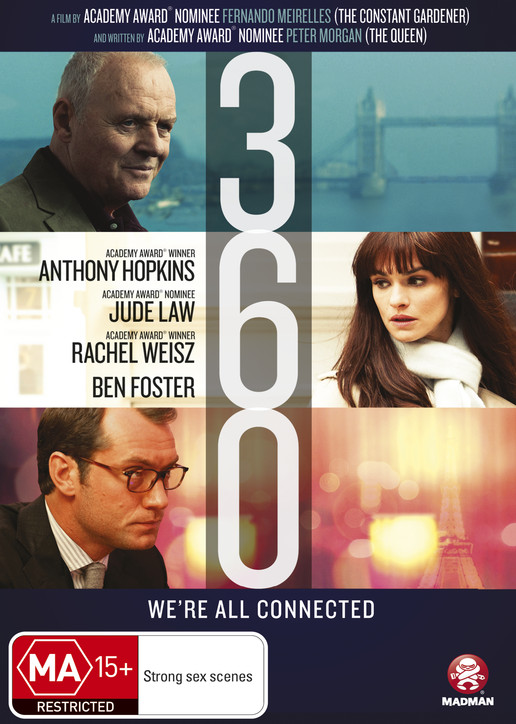 "A freewheeling and globetrotting tale of troubled relationships, love and hope, Brazilian director Fernando Meirelles's ambitious 360 is a film of beautiful moments"

We Are All Connected

360 is a gripping, modern, stylish kaleidoscope of interconnected love and relationships linking characters from different cities and countries in a vivid, suspenseful and deeply moving tale of romantic life in the 21st century. Starting in Vienna, the film beautifully weaves through Paris, Bratislava, the USA and London, into a single, mesmerising narrative.

From a simple decision made by one man - to remain faithful to his wife - springs a series of events which ripple round the globe with dramatic consequences, eventually returning 360 to the place of his initial decision. From uplifting, beautiful and romantic moments through to desperate, confused and conflicted interludes, each protagonist in 360 has their own vivid, entertaining, funny, tragic narrative as their stories weave and entwine across the globe.