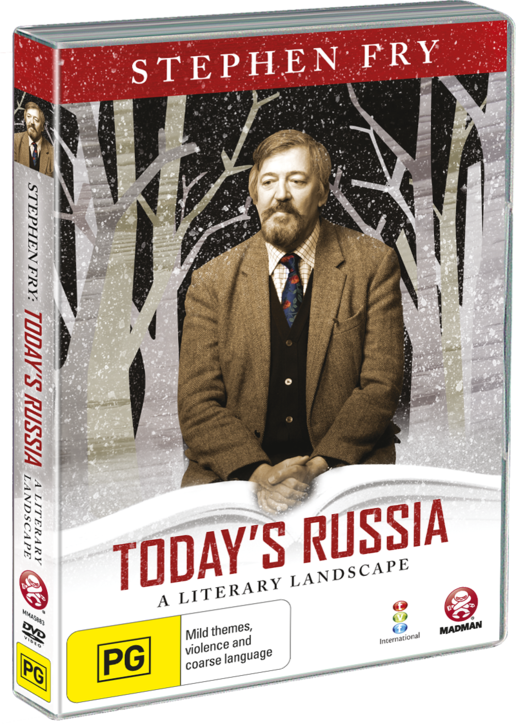 "literary gadabout Stephen Fry rightly points out (The dissenters and exposers of Soviet cruelty and corruption who took on the traditions of stark, brutal realism and darkly comic allegory) “changed the literature, and particularly the literature of the novel, the world over.""

Stephen Fry introduces this film with the story of a passionate affair: "I think I was about fourteen years old when I first read Alexander Pushkin's Eugene Onegin and Dostoyevsky's Crime and Punishment. It was the beginning of a life-long love affair with great Russian literature: Tolstoy’s War and Peace, Anna Karenina.... " Like many youthful infatuations, Fry moved on to other interests, and lost touch with Russian writing. He was not alone. After the collapse of the USSR in 1990, we in the West stopped reading Russian literature. But that does not mean that the Russians stopped writing.

The programme introduces us to six of the biggest stars of Russian literature, their works, and shows a side of today's Russia that viewers do not normally get a chance to see. New works - including original English translations - are read by Fry, who is inserted into award-winning original animations of these fictional worlds.