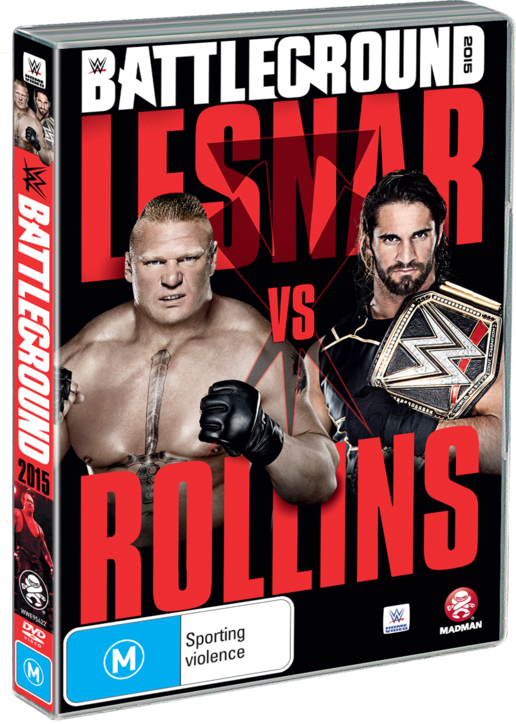 WWE Network serves as the Battleground where WWE's most intense and heated rivalries will be settled!Seth Rollins' World Heavyweight Championship reign faces its biggest threat yet when he faces 'The Beast' Brock Lesnar. Plus, Kevin Owens challenges John Cena for the United States Championship, Roman Reigns battles Bray Wyatt, Ryback defends the Intercontinental Championship in a Triple Threat match against The Big Show and The Miz, and more!