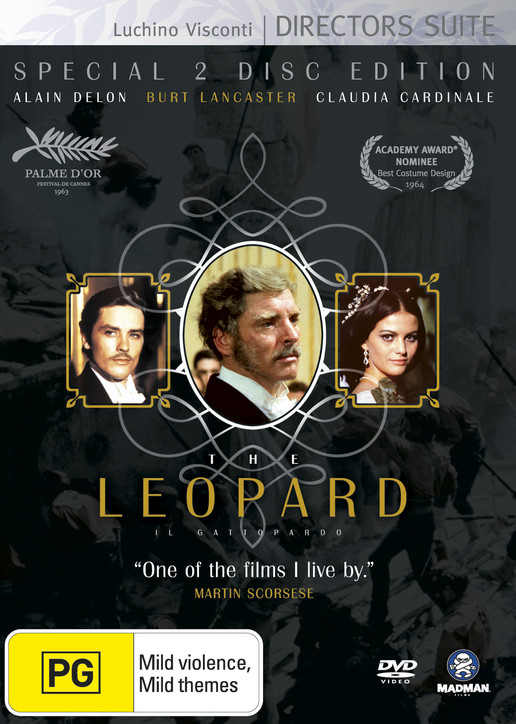 A film by Luchino Visconti

Luchino Visconti's The Leopard (Il Gattopardo) is an epic on the grandest possible scale. The film recreates, with nostalgia, drama, and opulence, the tumultuous years of Italy's Risorgimento, when the aristocracy lost its grip and the middle classes rose and formed a unified, democratic Italy. Burt Lancaster stars as the aging prince watching his culture and fortune wane in the face of a new generation, represented by his upstart nephew (Alain Delon) and his beautiful fiancée (Claudia Cardinale). Awarded the Palme d'Or at the 1963 Cannes Film Festival, The Leopard translates Giuseppe Tomasi di Lampedusa's novel, and the history it recounts, into a truly cinematic masterpiece.

This release boasts a stunning new high definition digital transfer from the original 70mm negative materials, with restored image and sound, supervised by director of photography Giuseppe Rotunno and is presented in its original wide screen aspect ratio.