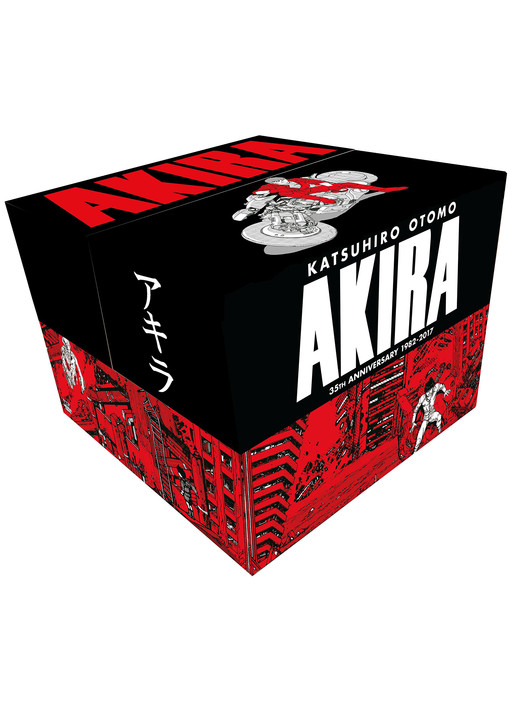 The Stunning Science Fiction Masterpiece by Katsuhiro Otomo, Widely Considered by Many to Be the Finest Work of Graphic Fiction Ever Produced!

An all-new, complete 35th anniversary hardcover edition of one of the most acclaimed and influential comics of all time, with the original Japanese art and right-to-left reading format for the first time!

The science fiction epic that changed anime and manga forever is presented in six beautiful hardcover volumes, plus the hardcover Akira Club art book and an exclusive patch with the iconic pill design.

In 1982, Kodansha published the first chapter of Akira, a dystopian saga set in Neo-Tokyo, a city recovering from thermonuclear attack where the streets have been ceded to motorcycle gangs and the rich and powerful run dangerous experiments on destructive, supernatural powers that they cannot control. In 1988, the manga was adapted into what was at the time the most expensive animated film ever made, which brought Akira's influence out of the manga world and onto the global stage. Today, it remains a touchstone for artists, writers, filmmakers, and fans, retaining all the brutal impact and narrative intensity it had when Otomo first unleashed it onto the world.