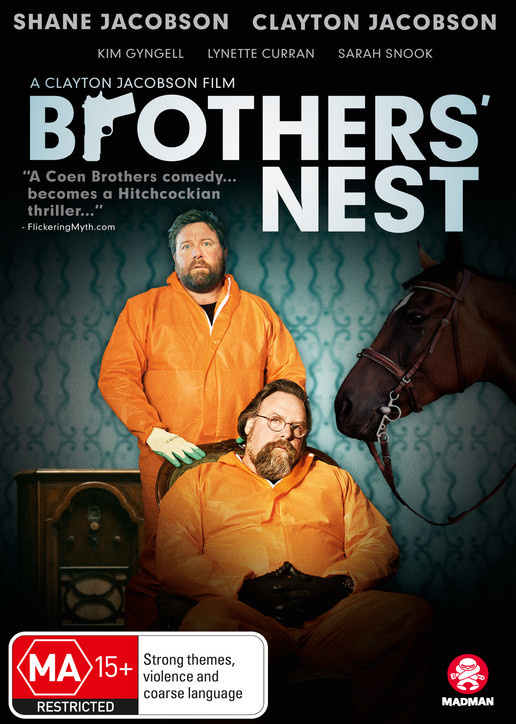 Blood is Thicker Than Water

On a cold morning in country Victoria, two brothers arrive at the family home intent on murdering their step-father Roger (Kim Gyngell). Terry (Shane Jacobson) and Jeff (Clayton Jacobson)’s motive is simple, killing their step-dad will render their dying Mother (Lynette Curran)’s plan to change her will in his favor, redundant. The staged ‘suicide’ has been meticulously planned but there is one thing the boys didn’t take into account, spending an entire day together. Old grudges, different worldviews and a general troubled history will pit these two brothers against each other. ‘Brothers’ Nest’ is the very blackest of comedies about family, loyalty and murder–cos after all ‘blood is thicker than water’. The two brothers have either overestimated their luck or underestimated the old man’s will to live. Anyway, as a rule, just don’t start what you can’t finish, and don’t forget about Murphy’s law.