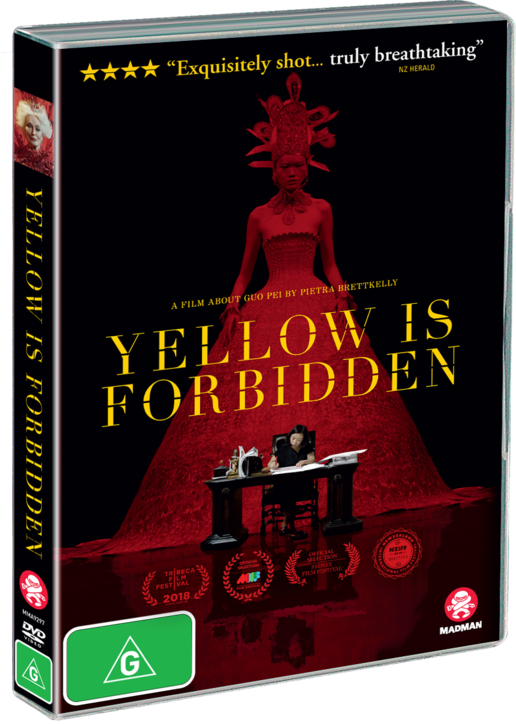 YELLOW IS FORBIDDEN is a modern day Cinderella story where the brave, diminutive and daring heroine's dream doesn't end at the ball. Guo Pei is chasing every designer's fantasy – to become part of the exclusive yet savage world of Haute Couture. It's an unprecedented story, taking the viewer inside the world where Guo Pei creates magic: a 50kg dress so heavy Guo Pei has to consider a gymnast not a model to walk the runway, a gown spun by 300 embroiderers, precious gold material printed with centuries-old Swiss fresco. All from a woman who learnt her craft at Number 2 Light Industrial School after the reign of Mao Tse Tung.