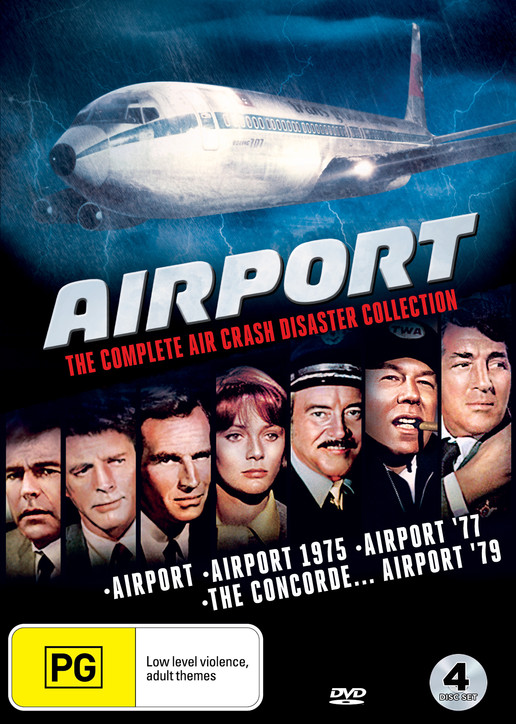 Prepare to take off on a nonstop, edge-of-your-seat thrill ride with four suspense-filled adventures in AIRPORT : The Complete Air Crash Disaster Collection. The quest begins with the original Airport, nominated for 10 Academy Awards including Best Picture, which launched the popular 1970s disaster film genre and became a box office smash. In Airport 1975, a mid-air collision leaves a 747 without a pilot and little hope for survival. The tension continues in Airport ‘77 when a 747 is trapped underwater in the Bermuda Triangle and it's a race against time to save the passengers and crew. In The Concorde: Airport ‘79, at twice the speed of sound, the Concorde must evade a vicious attack by a traitorous arms smuggler. Featuring stellar ensemble casts that includes Charlton Heston, Burt Lancaster, James Stewart, Jack Lemmon, Lee Grant, Jacqueline Bisset, Dean Martin, George Kennedy and many more, AIRPORT : The Complete Air Crash Disaster Collection will leave you on edge from takeoff to dramatic landing.