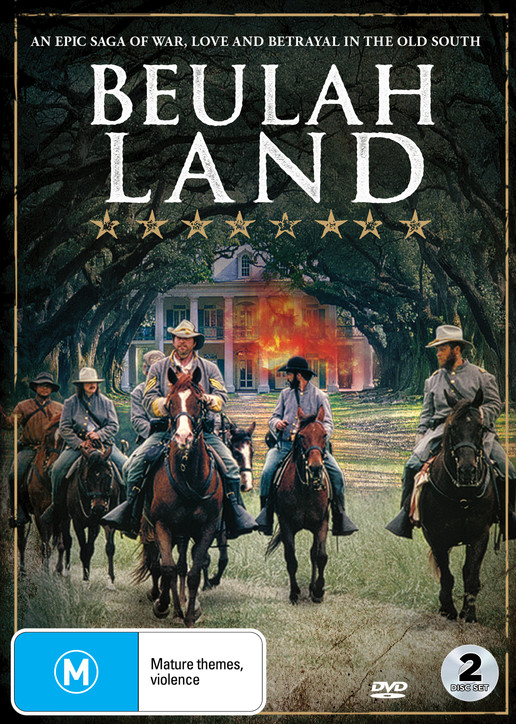 "An epic story of the Old South, BEULAH LAND follows the trials and tribulations of Sarah Kendick (Leslie Ann Warren), a strong-willed woman who runs a thriving plantation in antebellum Georgia. Married to a man whose wasteful ways take her family to the brink of ruin, Sarah struggles to endure family betrayals, extramarital affairs, financial hardship and General Sherman's troops in a sweeping series of adventures that follow the Kendrick clan before, during, and after the American Civil War.