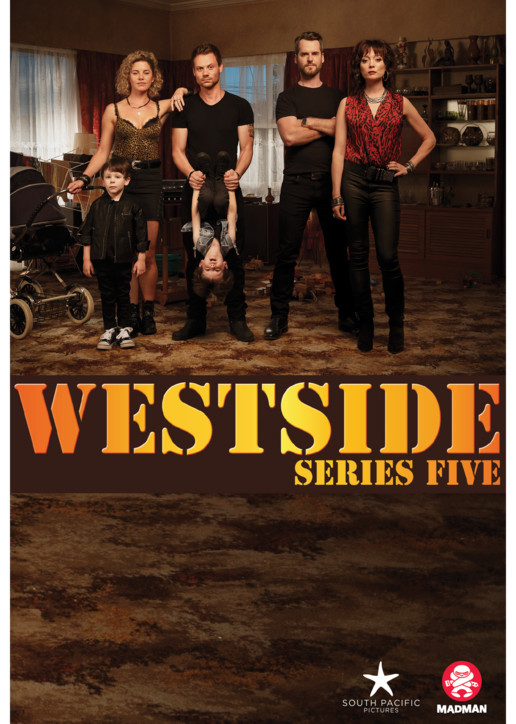 Westside explores the fates and fortunes of the infamous West family as they march through history.

WESTSIDE 5 begins with a birth, as Pascalle enters the world, to join her 3-year-old twin brothers, Van and Jethro. Wolf is now the proud father of three kids. Or four, if you count Brandon, Anne-Marie’s son, who is born the day before Pascalle. Wolf has a secret family now, yet another skeleton in the West family closet waiting to be outed – or to be used as collateral in the generational war that shapes this season.
This far in, there are now heaps of secrets lurking in the West family archives just waiting to emerge at precisely the wrong time. Rita, alone, has a truckload of history just waiting to bite her on the arse.
Yet even as these secrets and lies threaten to rip the family apart, the Wests as a whole must figure out a way to park their differences, call in their associates and battle a foe that has the power to control electricity and running water.
1987. The year the West family faces extinction; when they must choose to either fight or flee.
And fleeing, let’s face it, is not in their DNA.