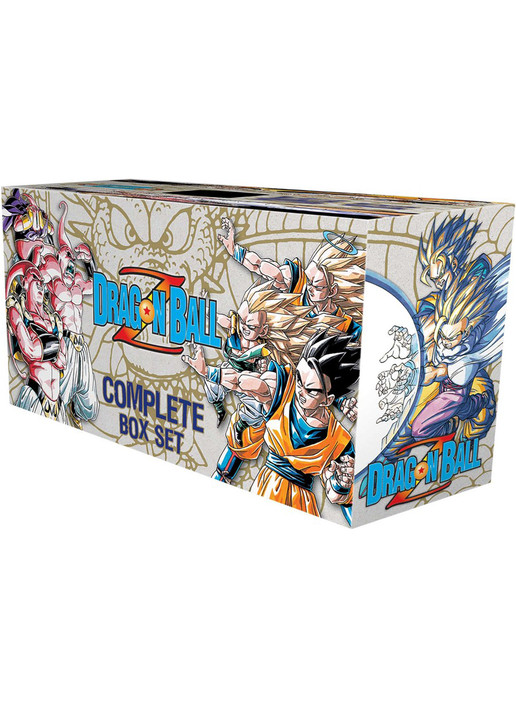 Goku and Friends Battle Intergalactic Evil in the Greatest Action-Adventure-Fantasy-Comedy-Fighting Series Ever!

The Dragon Ball Z Complete Box Set contains all 26 volumes of the manga that propelled the global phenomenon that started with Dragon Ball into one of the world’s most recognizable and best-selling manga. Also includes an exclusive double-sided poster and collector’s booklet featuring fun Dragon Ball Z trivia and guides as well as an interview with its legendary creator.

Son Goku is the greatest hero on Earth. Five years after defeating the demon king Piccolo, he’s grown up and had a family—he’s married, and he has a child, Son Gohan. But what is the real reason for Goku’s incredible strength? A visitor from outer space arrives bearing terrible news—Goku is an alien, and the visitor, Raditz, is Goku’s brother! When Raditz turns out to be a ruthless killer, Goku must fight his incredibly strong brother to save his family and the entire human race. A surprising alliance may be Earth’s last hope: Goku will team up with his old enemy Piccolo...archenemies united to save the world!