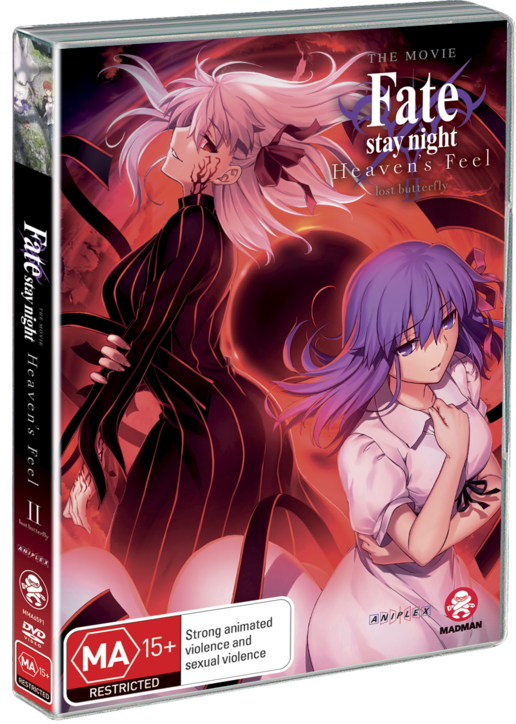 "I went into this film expecting it to be a step down from the first film, but instead it amped up the stakes considerably."

The girl's hopes silently fester and fade away…

The boy made a decision to keep fighting, and to protect the girl.
The Holy Grail War, where Masters and Servants fight to claim the Holy Grail.
A new war has started again in Fuyuki City, 10 years after the previous Grail War.
However, due to the participation of Zouken Matou,
the patriarch of one of the Founding Three Families in the Holy Grail War, things begin distorting, twisting, and growing worse.
Zouken summons the Servant, True Assassin.
An unknown shadow covers the city, killing Masters and Servants one by one.
Shirou Emiya, who has been fighting as a Master in the war, gets injured, losing his Servant, Saber.
With his firm decision to protect Sakura Matou, Shirou refuses to leave the battle.
While Sakura worries about Shirou, she also gets entangled in her own fate as a mage.

He decided he wouldn't betray her.
However, their fervent wishes are about be crushed by the black shadow soon...