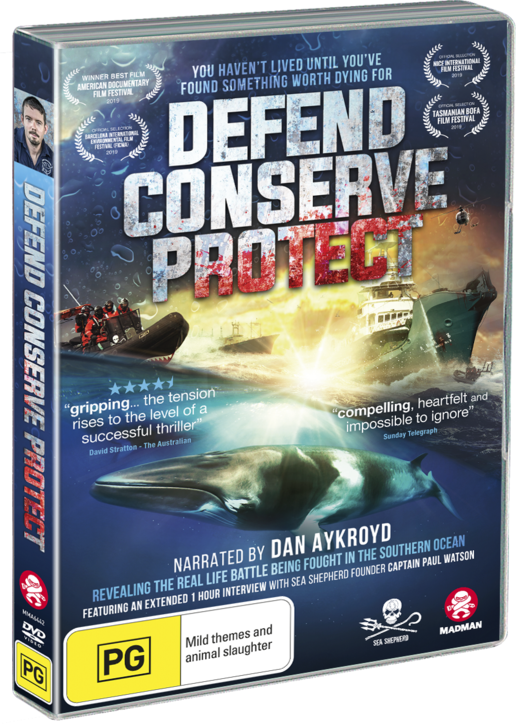 You haven't lived until you've found something worth dying for

Narrated by Dan Aykroyd, Defend, Conserve, Protect pits the marine conservation group, Sea Shepherd - a passionate group of eco-activists - against the Japanese whaling fleet, in an epic battle to defend the majestic Minke whales of the Southern Ocean. These noble, curious Minkes are easy prey for the Japanese, who claim to kill in the name of science – an assertion that has been widely discredited outside Japan for years. At the helm of Sea Shepherd is 28-year old Captain Peter Hammarstedt who carries with him the resolve of Melville's Captain Ahab - only Hammarstedt hunts the whaling ships not the whales. This is the incredible true story of what happens when a small group of determined people stand up against an aggressive corporation flagrantly defying international law. Produced in Australia and successfully financed through a global crowdfunding effort, where over 750 passionate environmentalists pledged funds, Defend, Conserve, Protect took more than four years to make, and was shot across France, The Netherlands, the U.S., Canada, Australia, New Zealand and Antarctica.