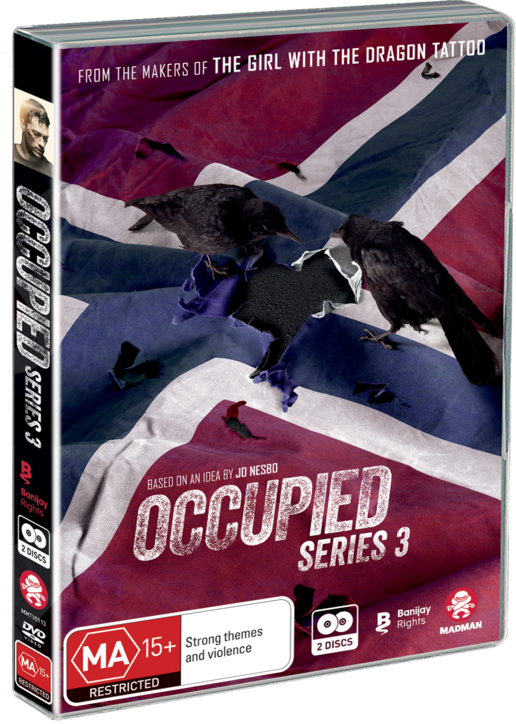 Series 3 of the political suspense thriller from the makers of The Girl With The Dragon Tattoo and acclaimed author Jo Nesbo.

A new parliamentary election is due, and the campaign reignites old conflicts between the Norwegians. Seeing himself as the liberator of Norway, interim Prime Minister Jesper Berg is confident of winning the election. But the public is divided. Who are the real liberation heroes? How should traitors be treated? How will relations with Russia develop? And has Russia actually withdrawn from Norway?

To complicate matters, Jesper is confronted by a group of young eco-scientists desperate to remind him of his original reason for entering into politics: His deep commitment to clean energy.

Ambassador to Norway, Sidorova, is torn between her wish to start a new life in Norway and her loyalty to Russia. Security Services Director Hans Martin Djupvik investigates the assassination of former Prime Minister Anita Rygh. And Bente takes her daughter to Moscow to escape the prosecution of traitors.