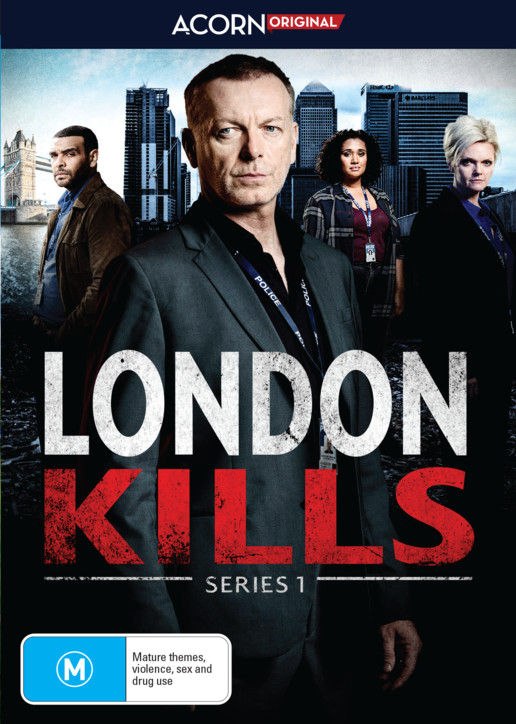 EVERY GREAT CITY HAS A DARK SIDE.

London’s best detectives take on its worst crimes in this sleek British mystery series from the creator of Suspects. Veteran DI David Bradford (Hugo Speer, Britannia) heads an elite murder squad, but he’s been on leave following the unexplained disappearance of his wife. In his absence, ambitious DS Vivienne Cole (Sharon Small, The Inspector Lynley Mysteries) has been leading the investigations, and
when Bradford returns to work, the two clash over their methods and lines of inquiry.
Despite the tension, Bradford and Cole strive to solve complex crimes, along with DC Rob Brady (Bailey Patrick, Bodyguard) and Trainee DC Billie Fitzgerald (Tori Allen-Martin, Unforgotten). Together, the team probes the staged suicide of an MP’s son, a groom killed at his bachelor party, the corpse of a married man discovered by his mistress, and a body washed up near the Thames. The only case David can’t crack is the one most personal to him – until another of their investigations uncovers evidence linked to his missing wife.