The Day Shall Come 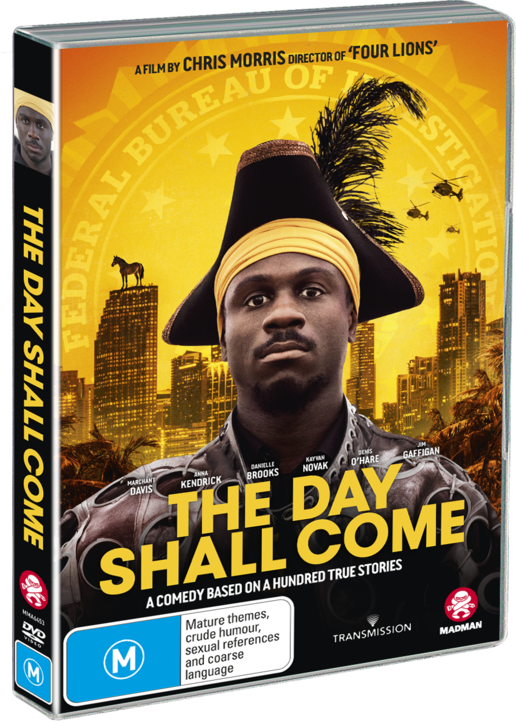 A comedy based on a hundred true stories.

In this absurdist dark political satire, a somewhat nutty and naive impoverished African American preacher who goes by Farmer Afrika, along with his worried family and a small group of followers, wishes to bring hope to the Miami projects. When Afrika starts by preaching about his own version of God based on the liberation theology and African nationalism, he is forced by a nefarious character to agree to an arms deal in order to save his family from eviction and possibly start his revolution for real.

What the preacher doesn't realise is that he has become a target of a complex false flag operation by the FBI to first turn him into a terrorist and then arrest him and score points in the U.S.'s war on terror. However, what the FBI does not realise is that, although a vocal revolutionary, the preacher is also a firm believer in pacifism, a loyal citizen and a very unpredictable character.