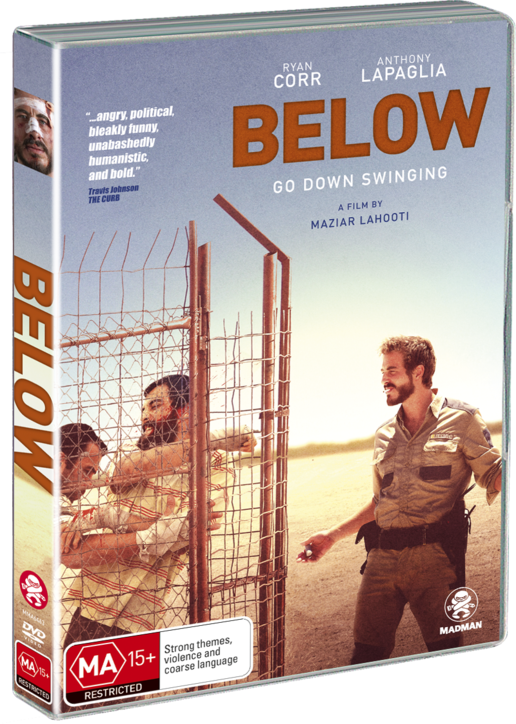 "I genuinely and unreservedly love Below... bleakly funny, unabashedly humanistic, and bold."

Set in the near-future, darknet grifter Dougie (Ryan Corr) is deep in debt and beaten to a pulp. Running out of options, his stepfather Terry (Anthony LaPaglia) agrees to pay off his debts. In return, Dougie must take a security job at the refugee detention centre where Terry works.

Ever the hustler, Dougie discovers a way to make cash by live-streaming the underground refugee fight club run by the centre’s morally bankrupt security staff. When tragedy strikes, Dougie locates his hitherto dormant conscience and takes a stand against the system.