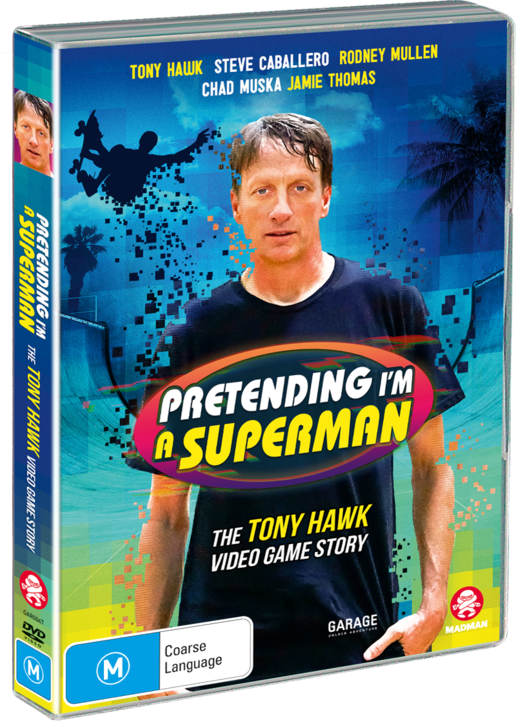 From award-winning Swedish director Ludvig Gür and acclaimed videogame producer Ralph D’Amato, Pretending I’m A Superman is the story of the skaters and developers who came together to create the best-selling gaming franchise, as well as a look into how skateboarding became a part of the mainstream, and continues to influence modern culture.