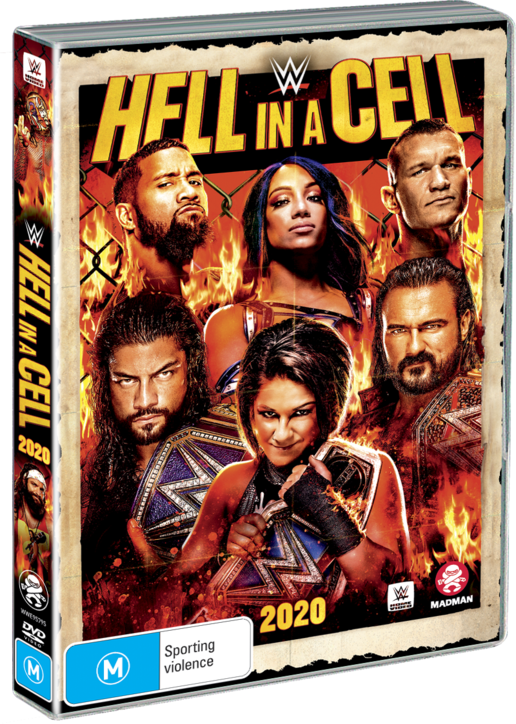 Get ready for the Rage In The Cage!!

Universal Champion Roman Reigns defends the title in a Hell in a Cell "I Quit" Match against Jey Uso. Drew McIntyre and Randy Orton battle inside the steel structure for the WWE Championship. SmackDown Women's Champion Bayley and Sasha Banks look to settle their issues in a Hell in a Cell Match for the title.