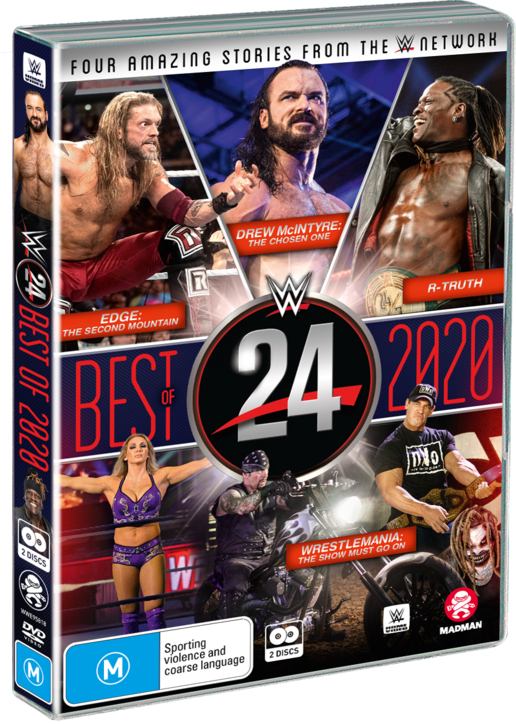 Edge: The Second Mountain -Forced into early retirement nearly a decade earlier, WWE Hall of Famer Edge defies the odds in an emotional journey to relive his dream. What began as a documentary about life after wrestling becomes an impossible second chance, as WWE 24 cameras capture the resurrection of one of WWE’s most beloved Superstars

R-Truth -Discover the inspirational and unlikely truth of Ron Killings – the man behind WWE’s most enduring and entertaining personality, R-Truth!

WrestleMania The Show Must Go On- The global COVID 19 pandemic forces WWE to change course and do the unthinkable as Drew McIntyre, Braun Strowman, John Cena, Rhea Ripley, Rob Gronkowski and others prepare for an unprecedented two-night WrestleMania inside the WWE performance center.

Drew McIntyre: The Chosen One - Drew McIntyre details the soaring highs and devastating lows of his lifelong journey to the WWE Championship, from the early backyard battles in his native Ayr, Scotland, to the main event of WrestleMania 36.