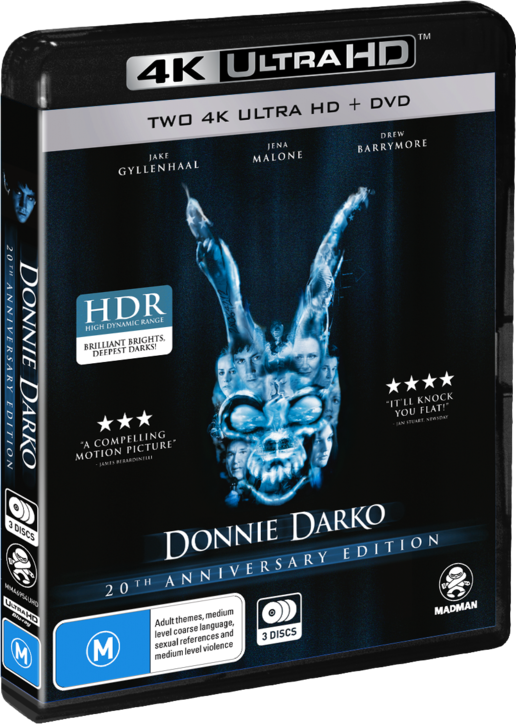 Why are you wearing that stupid man suit?

After escaping a bizarre accident, a troubled teenager (Jake Gyllenhaal) is plagued by visions of a large bunny rabbit that manipulates him to commit a series of crimes.