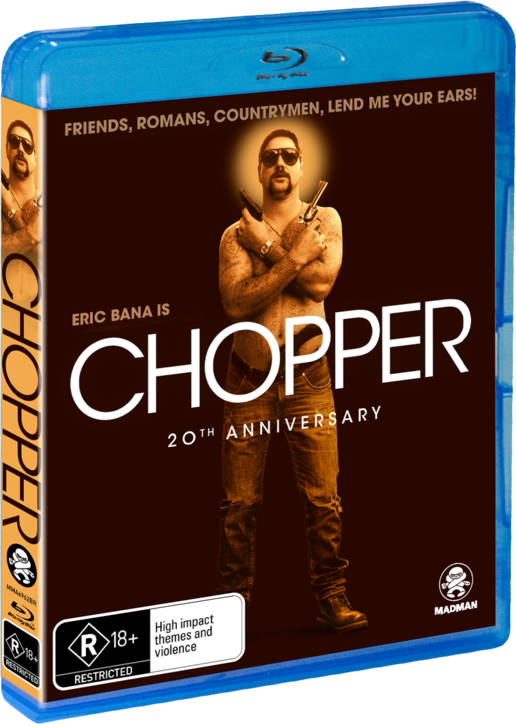 Written and directed by Andrew Dominik, in his feature directorial debut, Chopper stars Eric Bana as the title character – recommended for the role by Chopper himself – and co-stars Vince Colosimo, Simon Lyndon, Kate Beahan, and David Field.