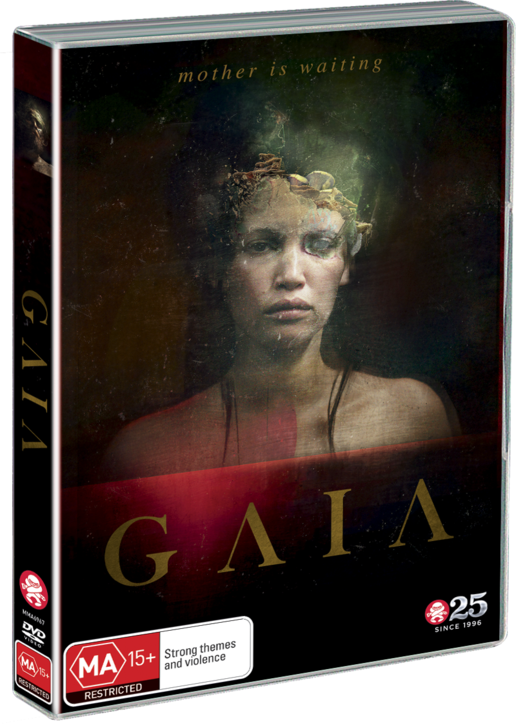 She will transform us

On a surveillance mission in a primordial forest, a park ranger encounters two survivalists following a post-apocalyptic lifestyle.
The boy and his philosophical father seem to have their own religion, and a mysterious relationship to nature. There are many suspicious aspects to their existence, but when the cabin is attacked by strange, post-human beings one night, she learns that there is a greater threat in this emergent wilderness.
Gaia is not about a loving earth mother. It’s an ecological horror fantasy that makes human history irrelevant – the flowers at the end of the anthropocene.