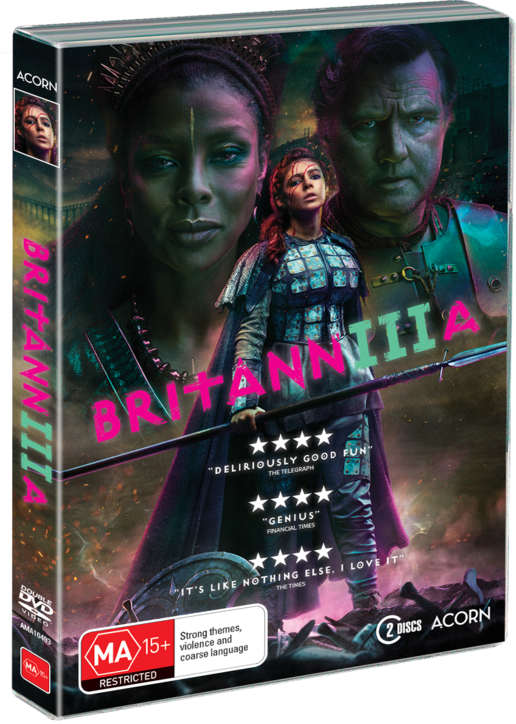 We Must All Make A Sacrifice

Series three sees a radical transformation in Cait’s (Eleanor Worthington-Cox, Maleficent) journey as the Chosen One with a decision that will tie her to the future of her war-torn people and their ravaged land. Aulus (David Morrissey, The Walking Dead) comes under pressure from a new and dark force – otherwise known as his wife (Sophie Okonedo, His Dark Materials), whilst Amena (Annabel Scholey, The Salisbury Poisonings) finds herself in lethal Ménage à trois with both of them. Divis (Nikolaj Lie Kaas, The Kingdom) gets a new job which he despises, and Veran goes to the underworld and sees the future.