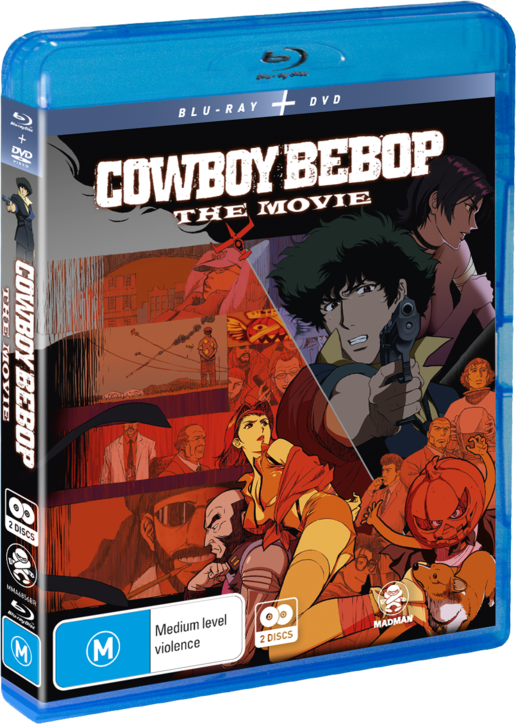 2071 A.D. Planet Mars. On the eve Halloween, a tanker explodes killing and injuring more than 500 people on a freeway in the crater of Alba City. The damage extends beyond one kilometer from the center of explosion. The use of biological or chemical weapon is heavily suspected. The reward is W300,000,000.00 (Mars currency) to find out the perpetrator. Short of funds as usual, the crew of the Bebop is lured into the investigation by the staggering amount of money they could possibly receive for being able to accurately point the blame. They start a search on their own, and so begins the adventures of the young slacker, Spike Spiegel, and his cohort, the ex-cop, Jet Black, leading their gang of bounty hunters on the trail of an elusive nemesis.