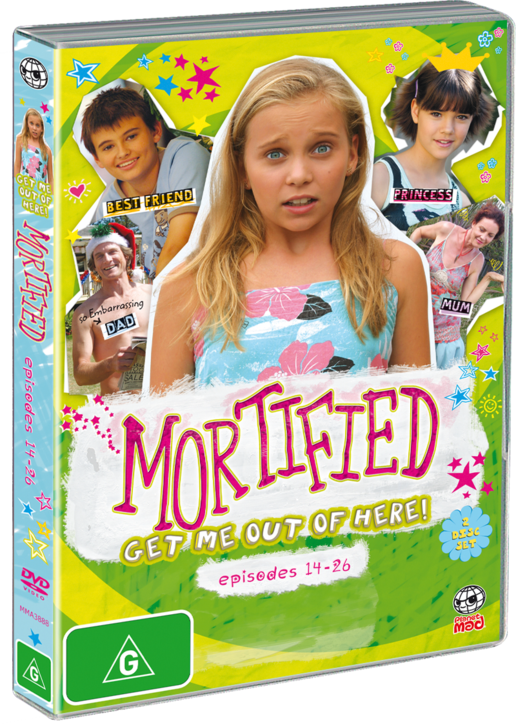 Mortified taps into the awkward twelve year old in all of us!

Taylor Fry is a lively, smart-lipped kid with plenty of courage and attitude, but the truth is she feels as if she doesn't belong, in fact, she is mortified!. She's an outsider within her own wacky family...(and with a father known locally as "the underpant king" who could blame her?). She's a black sheep at school and a misfit amongst her seemingly perfect neighbours. What's different about Taylor is her flamboyant imagination. Under pressure she retreats into a right inner world which is played out on screen in front of us! Animals suddenly talk Egyptian, mummies come to life and her nose grows like pinnochio's!