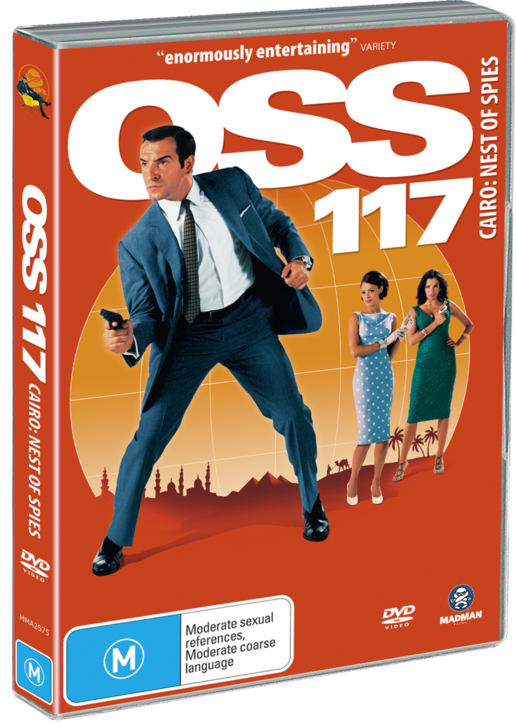 After the mysterious death of his colleague Jack Jefferson while on assignment in Egypt, OSS117 is sent in to find the killers. And monitor the Suez Canal. And the British in Cairo. And the Russians too. In fact, save the entire Middle East. Under cover as a poultry fancier, OSS117—handsome and irresistibly suave, suitably arrogant but culturally clueless—gives his all for his country, in Cairo, in bed and in the dark.

Set to a hip-shaking score of arabesque cocktail music, from the minute the credits roll OSS117: Cairo, Nest of Spies is a side-splitting spoof of the screen’s greatest spies from James Bond to Inspector Clouseau, Maxwell Smart to Austin Powers.