Welcome to the End of the World!

According to legend, the world of Midgard was created from Ymir's heart. The sacred item was broken apart and the pieces scattered across the land. One piece lies within the golden city of Prontera, and now Himmelmez's forces will destroy the city to get at that power. The city's only hope is a band of heroes led by Chaos, a Rune Knight who may once have been a god. Accompanied by Loki, the assassin, Fenris, a warlock, and the cleric Iris, Chaos has ventured to the core of Himmelmez's flying castle where they must defeat Bijou, a most unusual witch. 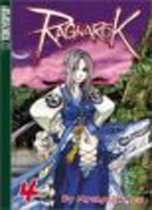